Physical Therapy a Boon for Seniors 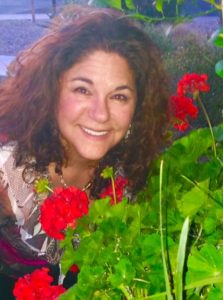 Today I am sharing an article I found on WebMD about how Physical Therapy can help many types of illnesses in our Senior population.

Would you believe in a nondrug treatment that works for arthritis, cancer pain, Parkinson’s, and incontinence and improves your strength and endurance? There is one — physical therapy.

When a person gets injured or has a prolonged illness, doctors often recommend physical therapy. In the case of older people, though, sometimes this is seen as just something to “try.” This could not be further from the truth. Physical therapy is “A-quality” therapy for many conditions affecting older people, from Alzheimer’s to urinary incontinence. In fact, one researcher did a study in which you had to be 100 years of age to even participate!

According to Jennifer M. Bottomley, PhD, MS, PT, president of the geriatrics section of the American Physical Therapy Association (APTA) and adviser to the surgeon general, one of the main things that brings older people to the physical therapist is a fall. “They want and need to maintain their independence,” she says.

“It’s important to look at each individual,” stresses Tim Kauffman, PT, PhD, professor of physical therapy at the Hahnemann campus of Drexel University in Philadelphia. “Every person of any age has an individual background, say an auto accident, football injury, genetic predispositions. No two ‘old’ people are the same.”

According to APTA, physical therapy can restore or increase strength, range of motion, flexibility, coordination, and endurance — as well as reduce pain. Another important role is to retrain the patient to do everyday tasks.

Guy Davidson, of Tempe, Ariz., was 70 when he had a stroke following bypass surgery. The formerly busy minister could not speak, his right leg would not support him, and his right arm hung straight down. He went into rehab for three months. At first he could only sing, which uses a different portion of the brain than speaking, but gradually he began to speak. After many stressful sessions (“I would be sweating,” he admits), he regained much use of both his arm and leg and can dress himself, drive (he took lessons), and work full time. Now he’s back in the hospital every day — visiting sick parishioners.

Physical therapy referrals are appropriate and helpful for many problems thought of as affecting older people.

Take arthritis, for example. By 65, almost everyone has it in their spine, Kauffman says, though not everyone has symptoms. Besides taking a pill, suffers can avail themselves of many types of physical therapy — aquatic, hot packs, electrical stimulation, ice to reduce swelling, there is a long list. “We emphasize strength, range of motion, balance, and coordination,” Kauffman says.

Strokes, as Davidson’s experience illustrates, definitely require physical therapy. “We use something called proprioceptive neuromuscular facilitation,” Bottomley says, explaining that this is a purposeful movement pattern that can stimulate and retrain the brain. Another technique — which Davidson says greatly helped him — is constraint therapy, in which the stroke sufferer’s “good” limb is restrained and the weak or paralyzed one used 85% of the day. Speech retraining also can be an issue. “If the person is in pain, we can treat that electrically,” Kauffman says.

Parkinson’s is an “exciting” area, Kauffman says. “We have learned that physical intervention early — before stage 4, when the therapist is often summoned — can almost always prevent the severe symptoms of stage 4.” He explains that the goal is to keep the Parkinson’s patient’s trunk flexible to avoid “robotic” movements. (Parkinson’s disease is a chronic disease of the nervous system that results in a gradual decrease of muscle control.) Sometimes he has people lie on the floor and move their head and trunk in opposite directions. He even puts patients on horseback sometimes, which increases trunk strength and flexibility.

As I have discussed many times Physical Therapy can be for everyone.  At Integrative Therapy and Wellness, LLC in Phoenix, Arizona our team comes to you.  To your home, your Assisted Living facility or wherever you are.  We are just a call away to get you back to Engaging in Wellness.  Please contact me at kimjacob924@gmail.com

Thank you for Reading,

This site uses Akismet to reduce spam. Learn how your comment data is processed.

Your information was successfully submitted.